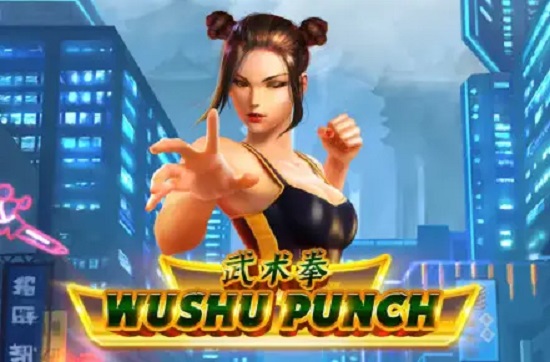 Wushu Punch is a new Playtech game that looks to be focused on a style of martial arts famous in Asia. Wushu is an ancient martial technique that has been practiced for over 4,000 years and is also known as kung fu. Wushu Punch, on the other hand, moves the scene to a modern city, with its buildings visible in the background.

In Wushu Punch, you’ll find 5×3 reels and 20 paylines. The slot will award four fixed jackpots, the largest of which is the Grand, which pays out 2,000 times the wager. However, it is not a game with a high RTP; only 95% is estimated to be returned to players. Wilds and free spins, as well as the Strike and Spin, will be among the key features you’ll find inside.

Even with the 20 paylines, betting in Wushu Punch can be relatively cheap, with a minimum bet of $0.10 each spin. Playtech caters to big rollers by allowing them to wager up to $500 on each of the slot’s rounds.

Wushu Punch has four fixed jackpots that can be won while spinning the reels, as you can see at the top of the screen. The Grand Jackpot is the most valuable, with a payout of 2,000 times the bet. The Major (500x), Minor (100x), and Mini Jackpots are lower-value alternatives (20x).

There are also regular combinations to build, the best of which will pay 6 times the bet on each line it completely covers (120x for all lines).

The Return to Player (RTP) ranges, with a low of 88 percent and a high of 95 percent. The top value does not appeal to me.

Features of the Wushu Punch Slot

The image of a green gemstone gripped in the claws of a golden dragon is what we see in the slot’s wild symbol. This one can be utilized as a substitute when you’re trying to come up with a fresh winning combination. It does have certain limits, such as landing only on reels 2, 3, and 4. It can’t additionally take the place of a feature icon.

There will also be a free spins feature, which will be triggered when the Yin Yang scatter appears on at least three reels. There are other awards of up to 50 times the stake paid in addition to this feature. This one awards you 10 free spins and removes the low-value Royals from the gaming area. It is possible to retrigger the feature and receive an additional 10 rounds each time.

Two other unique symbols will have the image of the top-paying Woman, but in golden and red variations (gold-framed and red-framed, as they call it). You’ll need three or more of these to appear spread on neighboring reels from left to right in order to employ them. Each of the reels involved will award you a prize if this occurs (1x to 8x if it has Red-Framed Woman on it, or a fixed jackpot of 10x to 500x if it has the Gold-Framed Woman).

Strike and Spin are activated when the Red and Gold-Framed Woman icons appear on all five reels. This is a bonus game that begins with prizes shown on the five reels and then continues with three respins. You try to get stacked Gold-Framed Woman symbols to claim the prizes on the reels (if the reels are completely covered) or to add them to a meter (if the symbol is only half visible). When these symbols appear, the respins are reset to three.

It’s possible for Gold-Framed Woman symbols to cover all five reels, triggering three extraordinary respins. Only the center columns will respin in this mode, and if you receive one more special symbol, a 2,000x stake Grand Jackpot will be added to the total jackpot.

Inspired by Wushu, one of the world’s oldest martial disciplines, this slot machine combines traditional Chinese culture with a more modern aspect. During the main game, the background image is a modern metropolis, but during the free spins, it is an old temple’s gates.

The reels will be filled with symbols that include a female martial artist in numerous cases, as well as a motorcycle, nunchuck, gold coins, and wild images such as the emerald. Regrettably, they had to return to the usual Royals for the lower emblems.

Wushu Punch has a lot to offer in terms of entertainment. The martial arts motif isn’t really well executed, but there are plenty of stuff to love on the inside. The low RTP of 95 percent may also deter some potential players.