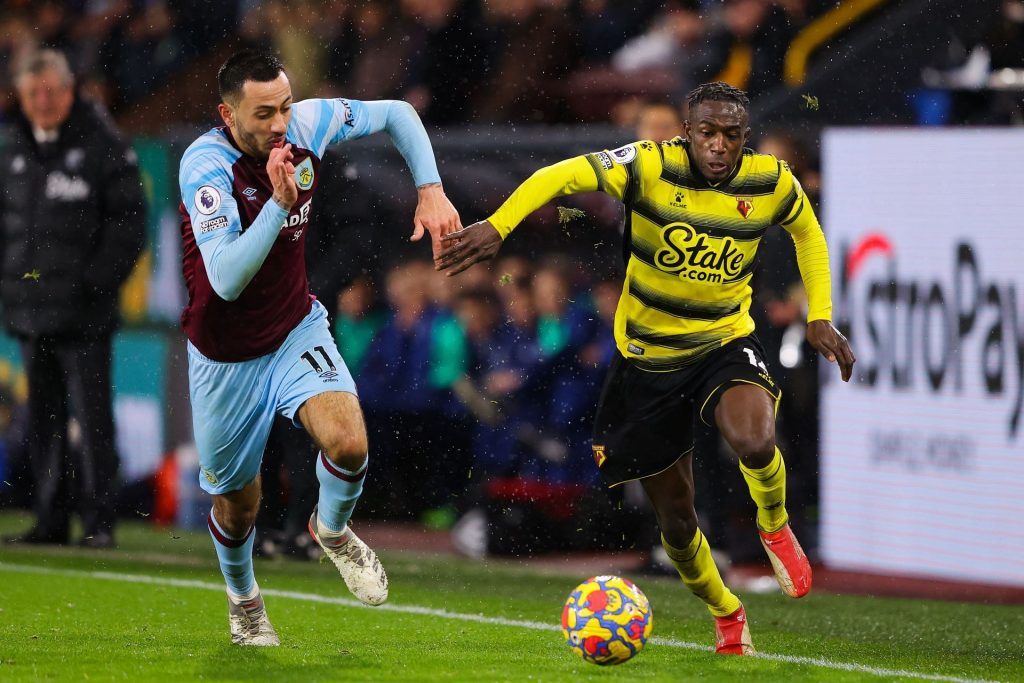 On Friday, Watford will host Burnley at Vicarage Road in the third game of the season for both teams. The match will feature two unbeaten Championship teams.

The Clarets scored early in the second half to draw Luton Town by the same score, while the Hornets managed to draw West Bromwich Albion after winning their opening against Sheffield United.

Watford vs Burnley Tips and Prediction

Following a strong start to their season against the Blades, the Hornets team looked a lot like the one that suffered terribly in the Premier League the previous year as they were out possessed by the Baggies and were fortunate to escape with a draw.

Rob Edwards, who led Forest Green Rovers to the League Two championship last year, will be responsible for re-establishing this team in the top division after a one-season absence.

Edwards, a former center-back, will need to strengthen a defense that allowed the third-most goals in the Premier League last season, as well as find a method to boost the team’s confidence after having three managers in 2021–22.

Edwards has been encouraged by his team’s dedication thus far because there appears to be a lot more camaraderie among them than in their previous campaign, which we found difficult to detect. When they return home to face a team that finished the previous Premier League season with 12 more points than them, they will concentrate on playing more aggressively both on and off the ball. Their total from last season, when they only managed to accumulate eight points at home, would be matched with another victory at Vicarage Road.

Burnley is going through a transition right now. Despite having less funding than most Premier League teams, Burnley managed to stay in the top division for a number of years.

Vincent Kompany has been able to establish some strong early consistency with this group after making millions from selling a number of players during the summer transfer window. The former Manchester City captain played under a system at the Etihad that was intended to keep possession for extended periods of time after coming back to England from Anderlecht.

This side has executed their new managers’ plans reasonably well, accumulating 70% of the ball or more in both of their domestic matches so far.

The Belgian’s style is a stark contrast to Sean Dyche’s strategy, which relied on front players’ speed and a generally stable shape while playing predominantly in a long-passing system.

Burnley has played two games so far, winning both of them with multiple scoring opportunities. Burnley defeated Huddersfield Town in their first game before bouncing back to defeat the Hatters. Kompany has urged his team to improve their play in the final third going forward since they have only scored once in each of their games despite having numerous chances.

This match between two teams that were both relegated from the Premier League last season should be evenly matched because they both have the same number of points and are tied in terms of goals for and goals against.

Burnley appear much more at ease in their new system, and we anticipate that the Clarets’ vigor and aggression will help them defeat the home team in this match, while Watford appear to be taking a bit longer to forge a strong working relationship.