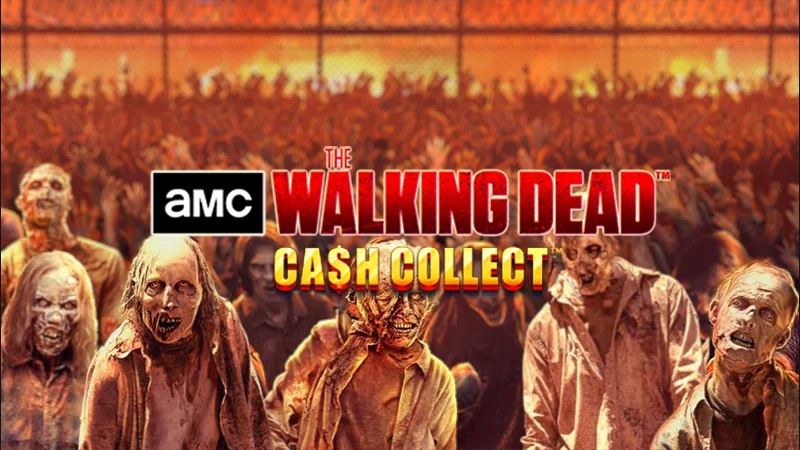 The Walking Dead: Cash Collect, a great illustration of a branded free slot from Playtech, is a current instalment in a series with other titles. In this instance, they made the decision to put it in a sizable Cash Collect series that had numerous slot machines and gave comparable benefits in each one.

The 5×3 reels of The Walking Dead 3: Cash Collect let you to create combinations on the 30 active lines whenever they spin. With jackpots that can reach 1,000 times the stake, it’s not the most generous slot machine available. However, given the medium volatility, this isn’t as significant, and the 95.72% RTP could be slightly higher. The Cash Collect mechanism, wild symbols, and free spins are some of its best features.

The betting range we observe here, which ranges from a $0.10 minimum to a maximum wager of $500, will, as is customary, cover all budgets.

Even though 1,000 times the bet appears to be the maximum payout for the slot machine, the appropriate wager might still result in up to $500,000 in cash. Slot machines with medium volatility can frequently pay significantly better, but it’s not that far away. The Walking Dead: Cash Collect has a 95.72% RTP, which is not a very high percentage.

The wild, which displays a zombie-like picture, is the most basic aspect of all. The sign will be used as a stand-in, complementing other symbols exclusively in this way.

In this instance, The Walking Dead also has a Cash Collect mechanic. When the Cash Collect logo lands on the fifth reel, all instances of the symbols showing a +5, a diamond, or cash prizes are collected. Free spins (+5 logos), regular prizes, and fixed jackpots can all be triggered by this.

Which kind of free spins are triggered depends on the version of the Cash Collect logo. The three variations are Safe Zone, The Commonwealth, and Danger Zone, each with a unique set of modifications.

The fixed jackpots are chosen at random from the four options available (Mini, Minor, Major, or Grand). The payout ranges from 20 to 1,000 times the stake.

Obviously, The Walking Dead: Cash Collect was influenced by the immensely popular TV show, which in turn was influenced by a number of other works. It has a zombie theme, and the majority of the actors who played significant roles in the TV series can be seen on the reels. Overall, it is quite nicely designed and far superior to many others with branded images.

The Walking Dead: Cash Collect slot demo performs a respectable job of presenting the player with a respectable variety of features, but ultimately it also pays a little top jackpot and has a lower RTP than I’d want.