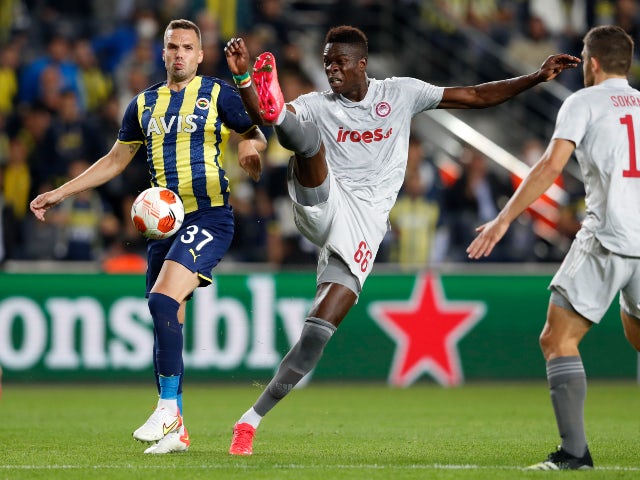 After drawing in Greece a week ago, Slovan Bratislava and Olympiacos enter the second leg of their third-round Europa League qualifying match even.

In comparison to last season, Bratislava should feel much more optimistic about their chances of moving on to the tournament’s final qualification round.

Belasi was eliminated from the competition after losing the first leg to the same Olympiacos team in 2021–2022, and only being able to draw at home in the second match.

In the last two seasons, they have advanced past the first round of Champions League qualification after failing to do so in 2019–20 and 2020–21, indicating that they have gained a lot of insight from the experience.

This season, Vladimir Weiss has witnessed his team blow two opportunities to gain an advantage in European competition. First, they lost the second leg of their Champions League qualifying match against Ferencvaros after winning the first leg, and then last week, they gave up an equalizer to the Greeks in the 86th minute.

They have recently dominated the Slovakian Super Liga, winning four straight domestic championships. However, Belasi have not been able to experience the same level of success in the Europa League, only reaching the group stage once since 2015–16.

Despite this, the Slovaks have a solid track record when leading or tied after the first leg of a Europa League qualifying match. Since the 2017–18 season, they have only lost once in this situation, when they blew a lead to Rapid Wien in the third round of the qualification stage for the 2018–19 season, losing the rematch. Bratislava has won two of their last three games overall after giving up the first goal, suggesting that they are performing better when they are behind.

They scored twice in the final ten minutes of their Champions League match with Ferencvaros and four goals in the second half of their match against Michalovce to win.

The Piraeus club has had a difficult month and a half; in their previous nine matches across all competitions, they only managed to win one.

In an effort to get this team back on track, Carlos Corberan was hired as the new manager, and in Olympiacos’ first game under his leadership, the team scored a goal late to draw Bratislava last week.

Despite recent setbacks, Corberan joins a team with much higher expectations than those he encountered during his first management tenure at Huddersfield Town, where he served from July 2020 to July 2022.

His direct approach, rapid counterattacks, and interchangeability of positions during his two seasons as manager in the Championship may have worked well in Greece, where holding back and defending is typically given first emphasis.

In each of their previous four Europa League seasons, Thrylos advanced at least as far as the group stage, and since 2010–11, neither this tournament’s round robin stage nor the Champions League’s knockout round have been missed by the team.

Olympiacos has won the league by 19 points in each of the last three domestic seasons, giving up fewer than 20 goals in all but one phase of the competition. Last season, they gave up 26 goals in the playoff round.

The Slovaks should have a major edge thanks to home field because they often play with considerably more elegance and structure in front of their supporters.

Despite having a significant experience advantage, Olympiacos has struggled to score recently and may need some time to get their defense back in shape after giving up eight goals in their last four games.