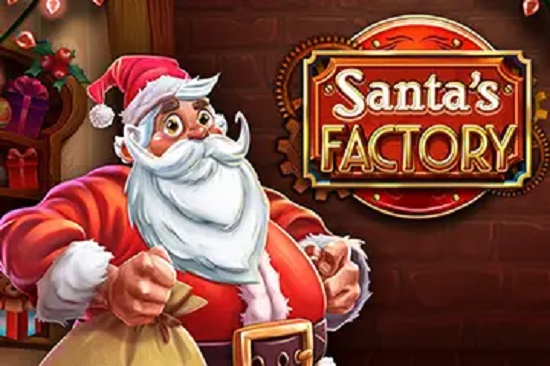 When the year comes to a conclusion, you can bet that most developers will release a slot machine to commemorate the occasion. Many people enjoy Christmas, and because people prefer to remain at home more during those few weeks, it’s only logical for developers like GameArt to create slots for them to play. In 2021, GameArt will release Santa’s Factory.

Santa’s Factory has a Cluster Pays system with 7×7 reels. Regular and colossal symbols, as well as multiple chances to get wilds on the reels, are all major elements. There’s a lot going on inside, and with any luck, it’ll all come together in the form of a 6,404x stake top jackpot. That’s the outcome of playing a highly volatile game, although the RTP of 96.32 percent appears to be enough.

It’s not the best pick for a casual player, but the plus of playing a high volatility slot machine is that if you hit the top jackpot, it can make your day. In this situation, a return of up to 6,404x the amount wagered for that round is possible.

In the long run, it’s a slot machine that pays out a good amount to players, with an RTP of 96.32 percent.

When 5 to 15+ matching symbols are clustered together horizontally or vertically on 7×7 reels, you have the chance to produce winning clusters.

A Cascade mechanism is triggered if a cluster forms. This clears the winning symbols from the reels, and the new ones that fall could result in more clusters (and more cascades).

Multiple cascades in a single round will result in even more powerful features and multipliers. Depending on how many bonus features you’ve unlocked through consecutive cascades, you can obtain multipliers of 2x, 3x, 5x, or 10x applied to all winners from the previous spin.

The top meter will also show how many features you’ve activated, with the following options:

When four symbols of the same sort are arranged in a square, super-sized symbols are created. When they’re in clusters, they win twice as much.

Random Gifts, where Santa delivers up to 8 wilds on the reels, can help you win after a losing round.

If a special symbol is specified for each round, Gift Returns will replace it with wilds if it is eliminated through cascades.

Santa Wilds will serve as a stand-in for all other types of symbols.

It’s a conventional design with a Christmas theme, and Santa is the primary character. Symbols include Santa, Snowman, Gingerbread Man, Elf, Reindeer, and four gifts, among others. It’s a modern design with a traditional vibe that’s also fun, so it’s a winner in our book.

During the winter holidays, Santa’s Factory is the type of slot machine to play. It not only brings joy and great prizes, but it also has a lot of cool features for you to check out.