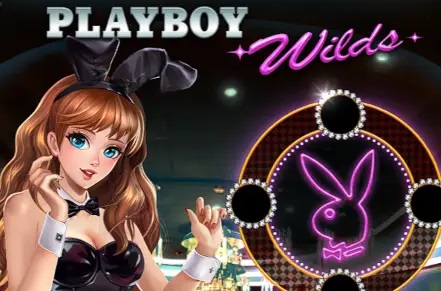 The Playboy brand is continuing its successful partnership with Games Global and is set to release a new slot machine called “Playboy Wilds.” This slot machine will feature the Cluster Chase engine and include the iconic imagery associated with the Playboy brand.

In the slot game Playboy Wilds, there are 6×6 reels and a Cluster Chase mechanic that allows players to win payouts for getting at least 5 matching symbols. The maximum potential win is 5,044x the stake. The game also includes features such as cascading reels, stacked wilds called Wild Night, regular wilds called Wild Chance, and free spins.

In Playboy Wilds, players can choose to bet anywhere from $0.10 to $20 per round. The game offers a potential jackpot of 5,044 times the player’s stake, which is a decent top prize for a slot game, even if the volatility is high.

In addition to the requirement for clusters of 5 or more matching symbols to be placed next to each other horizontally or vertically, there is a mechanic that will remove the symbols that have already paid out. This gives players additional opportunities to form new clusters.

During normal gameplay, you may randomly trigger the Wild Night feature, which adds a stacked wild symbol that covers three positions on the reels. This wild symbol can be used to substitute for other symbols in order to form a cluster of five symbols, as long as you have two additional regular symbols present.

The Wild Chance feature randomly adds regular-sized wild symbols to the reels, up to a maximum of 5 at a time. This feature can be triggered during both regular spins and free spins.

The Wild Meter is a feature that allows you to earn additional wild symbols on the reels. Every time you have a symbol that is part of a winning cluster, it is added to the Wild Meter. Once you reach certain thresholds, you will receive extra wilds on the reels. These thresholds are 15, 30, or 45 winning symbols collected within a single round, which will give you 3 extra wilds each. If you manage to collect 60 winning symbols, you will unlock the free spins feature.

This slot machine has a Playboy theme, but it does not feature many images of the Playboy bunnies on the reels. Instead, there are images of shoes, medals, bow ties, and bunny ears in addition to the standard Royal symbols. It might have been more appealing to fans of the Playboy brand if it had included more images of the women associated with the brand, rather than just the bunny ears.

Playboy Wilds stands out among other free games produced by Global slots, and appears to be successful in its current form. It includes various special features and modifiers during the base game, making it more dynamic and not solely reliant on free spins.