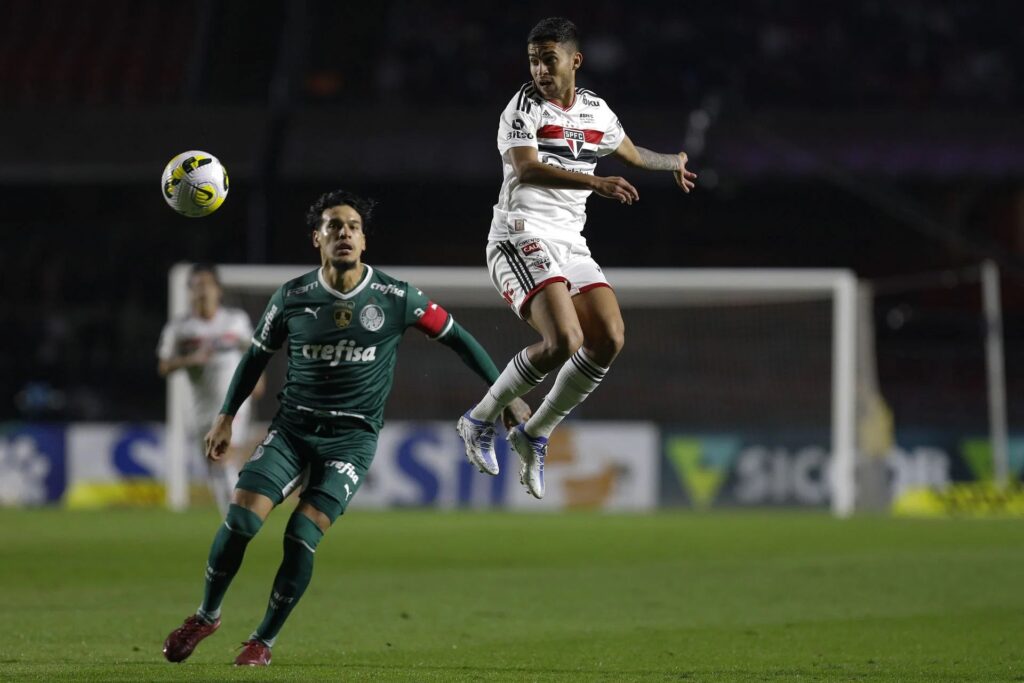 The focus of this week’s Copa do Brasil match between Sao Paulo and Palmeiras will be another chapter in their bitter rivalry on Thursday at Allianz Parque.

Tricolor Paulista won the first leg of this match 1-0 just a few days after Palestra defeated them 2-1 at home in the Brasileiro Serie A.

Palmeiras is heading into rather unfamiliar ground in this crucial second leg by having to come from behind to advance to the next round of this competition.

Since losing 1-0 to Atletico Mineiro in the first game and 2-0 to them in the second, they haven’t trailed in a round of 16 Copa do Brasil matchup since 2014.

Abel Ferreira will be depending on his wingers to do a better job at creating overloads to one side of the field and, in turn, generate more scoring possibilities after failing to record a shot on target in the initial match, to avoid a similar fate on Thursday.

Verdao has experienced a few defensive slip-ups at home recently, losing first in two of their most recent three games played in all competitions at Allianz Parque, despite their usual patience.

Despite having the most goals in the Brasileiro Serie A (27), Palmeiras has recently struggled in the final third, going without a goal in two of their previous three games.

Their quick, transitional style, which is direct and capable of catching their opponents off guard, has contributed to their success throughout the year. In 2022, they scored three or more goals on 13 separate occasions.

In the first game of this tie, Sao Paulo immediately learned from their earlier errors, scoring first but holding the fort from there and keeping their powerful archrivals in check.

Even if it’s easier said than done, a good team that can quickly learn from mistakes will never repeat them.

A few days prior to their remarkable first-leg triumph, Rogerio Ceni’s team had allowed a 1-0 lead against Palmeiras to slip away, losing 2-1 after conceding twice in extra time.

They have looked more organized and calm defensively over the past several months than they did in the aforementioned match, giving up one goal or fewer in eight of their previous nine road games across all competitions.

They have done well to win loose balls in the middle of the pitch and also excellently cut off time and space in their third of the field.

Sao Paulo’s ability to remain in all three of their previous knockout stage matches in which they had a lead heading into the second leg may be a favorable sign for them going into this pivotal match.

We predict that neither team will give up until the very end, and if that happens, the winner may be determined by a test of who has more resolve. Although both teams have compelling arguments to win, we are ultimately voting with Palestra because they seem more committed than ever to winning in every aspect and because they regularly up their game in games that matter.