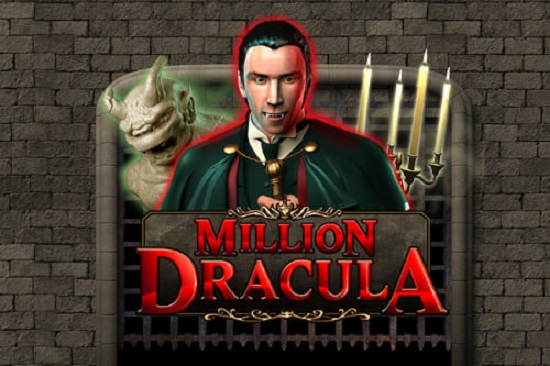 Million Dracula 2 is the sequel to the mega-popular Million Dracula by Red Rake Gaming. It’s called thus because it allows you to raise the bars and increase the rows, giving you up to 1 million different ways to win. Aside from that, it has 6 reels and a high level of volatility. Wilds, free spins, and a Dracula’s Treasure feature all contribute to the 95.3 percent RTP.

Despite the fact that it is a horror slot, you should not be scared because it will allow you to win a variety of rewards. The betting range for this game is $0.20 to $15, with a top prize of 10,000 times the stake. You’ll obtain a variety of symbols, some of which will have features. That’s why familiarizing yourself with both is a good idea before playing the slot for real money.

The royal card emblems will appear in this title as well, but they will be adorned with webs to match the theme. You’ll also get four candles, a single red candle, a single white candle, a coffin, a bat, and an ugly-looking creature. However, there are some unique symbols in this game. Additionally, the more you win, the more rows you will receive.

Dracula himself serves as the Wild symbol, which substitutes for all other symbols on the reels. Then there’s the Dracula’s Treasure emblem, which unlocks the treasure chest. You’ll obtain hidden rows and new ones with each spin throughout this feature. Garlic cloves, wooden stakes, and crosses adorn the reels, granting you prizes. They’re also accompanied with one, two, or three bottles of holy water, each of which grants you one, two, or three spins. When you’ve used up all of your free spins or disclosed all of the rows, the game is over.

As previously stated, this is a horror game, and you’ll know that once you hear the game’s ominous soundtrack, which is occasionally broken by a lightning sound. The design is pleasing, and the mechanics are fluid, ensuring a pleasurable gaming experience. Furthermore, this is a mobile-friendly product that can be enjoyed by all mobile slot players.

Million Dracula 2 is a horror slot game that will give you the creeps while also giving you the opportunity to earn some cash. You’ll be delighted by Wilds and Bonus symbols, and you’ll even get a chance to go after Dracula’s Treasure. This is a slot game unlike any other, with up to a million chances to win. So go ahead and explore Dracula’s castle without fear.