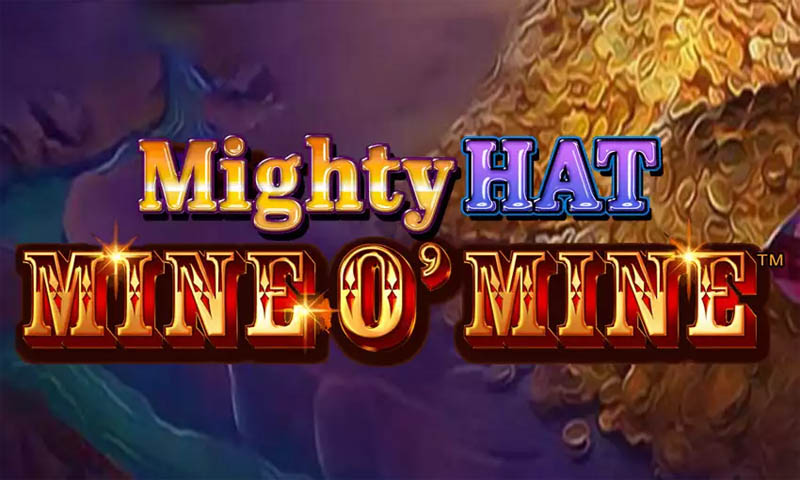 Mighty Hat is the most recent Playtech slot machine series, and Mighty Hat: Mine O’ Mine will be one of its soon-to-be-released games. It’s up to the features to make this a worthwhile decision because the fixed jackpots are minimal and the online slot’s gold mining theme isn’t particularly unique.

There are 243 ways to win on the 5×3 reels of Mighty Hat: Mine O’ Mine. The prizes listed have a maximum value of 2,000 times the bet, and the RTP is 96.31%. Among its features are free spins, but there are also wilds, scatters, and respins with multipliers.

When only 5 coins are in play, the slot machine prompts you to select their denomination before automatically adjusting the total wager to fall between $0.05 and $500.

If you are successful in winning the Grand Jackpot, a set prize, you will receive a 1,000-fold return on your investment. One round can provide a payoff of up to 2,000 times its cost. I liked the game’s RTP, which is higher than typical at 96.31%.

Mighty Hat: Features of the Mine O Mine Game

There will be two different iterations of the wild symbol. The most frequent one is the standard Lamp, which, as in every other slot machine, will take the place of all standard symbols. Another variation, known as the Special Lamp by the paytable and used as a potential trigger for one of the other features, can show up on reel 3.

When the Special Lamp is present, you can randomly be granted access to 1 respin, during which some of the reels alter and some become sticky. The multipliers for any wins from this respin might reach up to three times.

Additionally at random, the Treasure Chest may grant access to a feature or one of the fixed jackpots, including the Grand Jackpot.

The same process can be used to access 12 free spins as well. When dynamite lands on the final four reels, it will explode and reveal either a wild or one of the Royals.

The Mighty Hat feature, which offers nine extraordinary spins, is the final option. You can use it to win prizes up to 1,000 times your initial investment.

The topic of the slot is not at all unusual. Slot machines with a gold mining theme are extremely common these days, but that doesn’t mean they can’t be fun. Some emblems, like the Royals, aren’t at all intriguing, but others are more appealing (shovel and pick ax, lamps, crystals, and a Steampunk-style character).

Although the Mighty Hat: Mine O’ Mine slot has a respectable selection of features, I didn’t appreciate that they all started out by randomly activating the same first special wild, which only appears on one reel. This slot boasts a good selection of bonus features, a nice design, and it has the potential to pay big. If you can locate it with the RTP set to the maximum, it is definitely worth playing and gives about 2,000 times the jackpot per game.