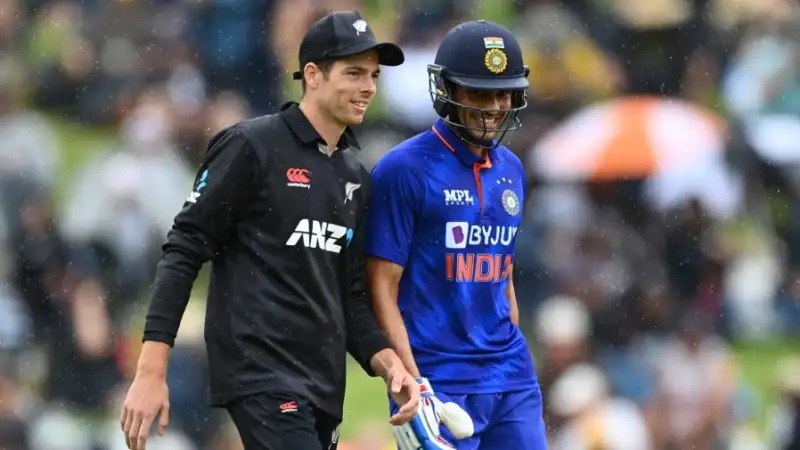 Both sides played one game in Hyderabad. The review has consisted of the latest performance, head-to-head, squads, odds, tips, predictions, and scores in the last game. After getting all the information, you will be able to make predictions. I will try my best to leave useful and accurate information. Do not forget to take risks in betting. All the data have been taken from official sources. Do not forget to take risks in predictions.

There will not be any change in the latest squads of teams. We are expecting the same line up in the 2nd game between India and New Zealand.

In the 1st game of the series, the Indian won the toss and decided to bat first. No doubt, only one man remained on the crease till the last time of innings. Yes, Gill proved itself in the team. He rattled all the hopes of New Zealand at a crucial time. The same person posted 200 runs on the board as a single hand. On the other side, R Sharma was another player who scored 34 runs in the innings. Yes, all the major bowlers of New Zealand failed to take any important wickets from Indian.

Mitchell. Bracewell and Ferguson claimed 2,2 wickets for them. We cannot ignore New Zealand in the 2nd innings. They bounced back within no time. Yes, Bracewell created all the hopes for New Zealand to win the game. He stayed on the crease till the last time. A single person smashed 10 sixes for the side. Yes. he almost snatched the game from the hands of the Indian side. Unfortunately, he declared LBW before 4 balls of the game. That is the reason that the Indian side won the game by 12 runs. All the viewers enjoyed the game. Here is head to head and predictions of the teams.

We also want to check the bowling of the Indian side. Muhammad Shami claimed 2 wickets. On the other side, Muhammad Siraj also gained 4 wickets for them. He was a vital man to do well in the match.

Both sides faced each other for one time in the series. Yes, the Indians took the lead of 1-0 in the 1st game of the series.

If we see the performance of the last day. Then we can say that it will be a same-level game. Yes, India and New Zealand have a 50% chance to win.

I tried my best to leave useful information for you. If you face any issues, then you can take and compare more data. In the end, I would like to ask you to choose the Indian side. All the players warmed up in the 1st game of the series. They can easily win this game. Let’s see what is going to happen in this game. All the data have been taken from official sources. No one is responsible for any kind of loss in betting. In predictions, you have to take the risk.