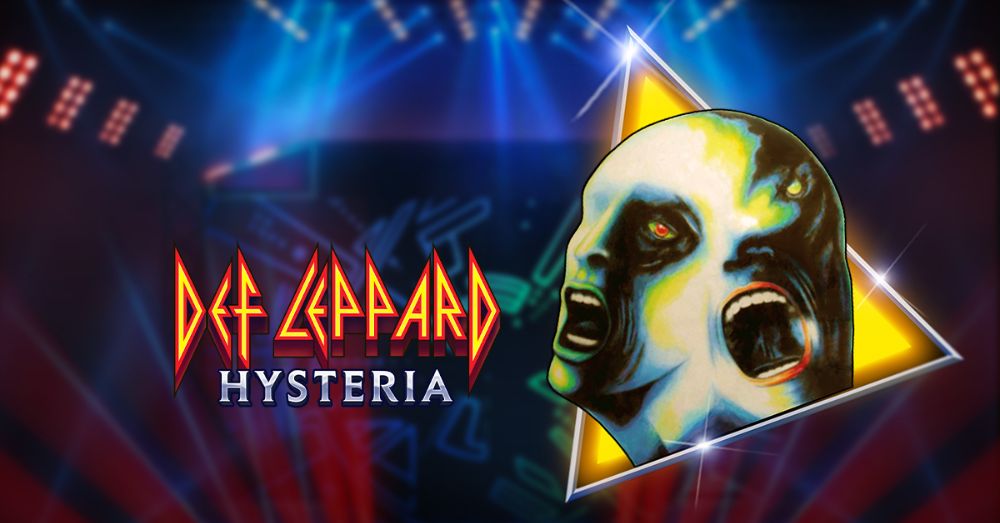 Def Leppard Hysteria is a Play n GO forthcoming branded slot that is one of several rock-themed games. In this example, we’re talking about Def Leppard’s Hysteria, which is one of the most popular albums of all time (over 25 million albums sold). With a darker design and a wide game area, it’ll be the type of high-volatility release that can generate fantastic results.

Inside Def Leppard Hysteria, you’ll find 5×7 reels that are employed to offer you prizes via a Cluster Pays method. The slot is projected to have a high level of volatility, although the RTP of 96.27 percent is acceptable. You’re playing this slot in the hopes of winning a top prize of 10,000x your bet. Wilds, shuffling symbols, cascading reels, and free spins with multiplier wilds are just a few of the appealing features.

The payouts in Def Leppard Hysteria are extremely good, though not as good as some of the other Play n GO slot machines we’ve encountered in the past. The highest you can win is 10,000x your stake, which might convert into $1,000,000 in cash (max bet).

The apparent disadvantage of any game like this is that a great payoff usually means a lot of risk, and Def Leppard Hysteria is no exception. Fortunately, it has a respectable RTP of 96.27 percent.

Def Leppard Hysteria pays whenever a group of 5+ similar symbols is present, with places touching vertically and/or horizontally, thanks to the Cluster Pays feature located inside. Clusters of 15 or more symbols pay out the most (up to 1,000x the stake paid for such a cluster).

Wild symbols, which act as substitutes for any symbols that have a probability of generating clusters next to them, can assist you in forming clusters.

Cascading Reels will be triggered after you’ve built a cluster. Clusters are deleted, and new symbols are introduced to take their place. The cascades will continue if more clusters form.

Break It Up is one of the odd features in Def Leppard Hysteria. It can only happen after a losing spin, and it will rearrange symbols around while also adding up to 6 wilds, giving you a chance to build a cluster.

Another one that can be triggered is Fire Me Up. It requires that a specific symbol be part of the winning combination on that particular spin in order for a special meter to be filled. Up to 6 wilds will be added to the gaming area if the meter is full.

You’ll note that the letters of the word SUGAR serve as a backdrop for some symbol placements. The letter in question is activated if the symbols found in those locations are grouped together. If all of the letters are revealed, you will receive 5 free spins.

The introduction of Multiplier Wilds on the reels as a result of the Charge Meter filling is a key addition to this feature. This is a cascading wild that drops one position after cascades while simultaneously increasing its multiplier (goes up to 7x eventually).

Sugar Me Sweet is also a part of the lost free spins feature, which can be triggered at any time and transforms up to 9 symbols into the symbol displayed in the Meter.

You’re looking at a branded slot machine based on one of the most well-known rock bands of the twentieth century. Def Leppard is a British rock band that was formed in the 1970s. Hysteria, one of their albums, provided the inspiration for this particular position. For a branded release, it’s looking good, and the retro aspect doesn’t appear antiquated.

Initially, just basic card suits appear on the list of symbols, but later on, images of a rocket, a leopard, a guitar, and the album’s cover appear. There will be two types of wilds featured.