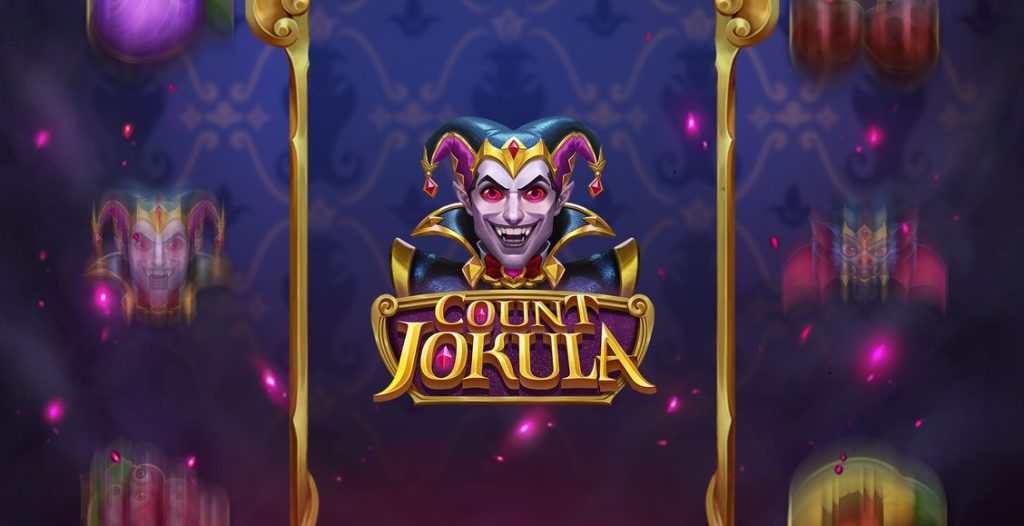 Count Jokula is a new slot game from Play n GO that combines elements of the Dracula and Joker themes. The character of Count Jokula, who is portrayed as a terrifying version of the Joker, is intended to scare the player.

Count Jokula has 3×3 reels that offer 27 ways to win. If you’re lucky, you could potentially win a jackpot of 8,350 times your bet, which is made possible by the game’s medium volatility and 96.22% return to player (RTP) rate. You may also encounter special features like the Joker Wild, a random Shapeshifter, and the Respins of Evil as you play.

To trigger the next round of betting in this game, a minimum bet of $0.05 per spin is required. However, it is possible to place higher bets, with a maximum bet of $100 being allowed. The top jackpot, which is the highest payout that can be won, is 8,350 times the initial stake and is considered to be very generous for a slot game with medium volatility. The game’s return to player (RTP) percentage, which is a measure of how much of the money bet on the game is returned to players over time, falls within a certain range, with the optimal RTP being 96.22%. It is important to note that the RTP may be lower in some settings.

The highest paying symbol in the slot is also a wild symbol, depicted by the Joker. This symbol can act as a substitute for other symbols when it appears on one or two reels, and it will pay out up to 50 times the bet when it appears on all three reels.

If you don’t win on a spin, but there is a Bat symbol visible, it is possible to get the Shapeshifter, which will transform into a Joker Wild, ensuring a win.

To trigger the other feature, you need to land a Joker Wild on the second reel and form a combo in that round. This will earn you a free respin with the Joker Wild locked in place. If the respin results in a new combo, the multiplier will increase and you will receive an additional respin.

The maximum number of respins that can be performed is 25, and the multiplier will not exceed 20x. If additional wild symbols appear on the second reel, they will remain in place for the duration of the respins.

This game combines elements of a classic slot machine, including fruit symbols, with a vampire theme. The Joker character has been transformed into a vampire, and bat symbols may appear on the reels. Other symbols include daggers, goblets, grapes, lemons, plums, and cherries.

Count Jokula is a classic casino game that has been updated with modern features, including respins and multipliers, which can lead to significant prize winnings. Overall, it is a good option for players who enjoy classic games but want the opportunity to earn large rewards.