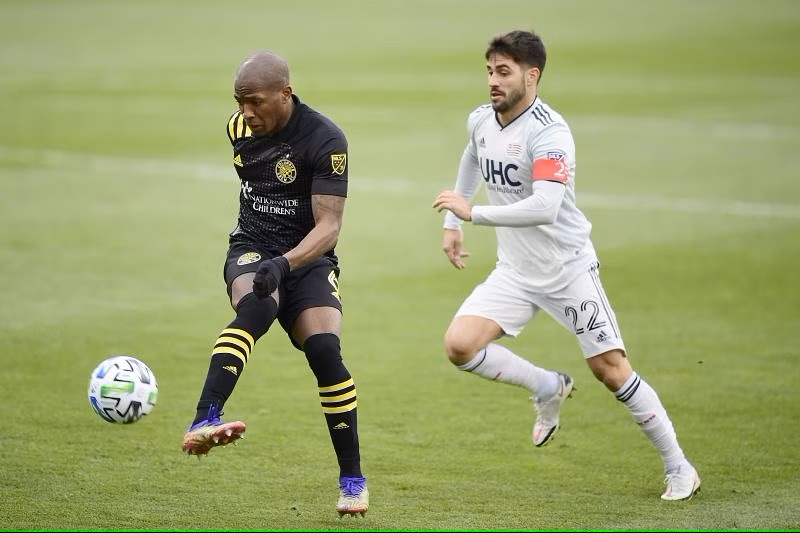 At the Lower.com Field on Sunday, Columbus Crew welcomes the New England Revolution in an effort to continue their current eight-game unbeaten streak.

The visitors, on the other hand, are traveling to Ohio this weekend in an effort to snap a four-match losing streak.

Columbus Crew’s easy 2-0 victory over FC Cincinnati on Monday gave them their first victory in front of their supporters since May 1.Cucho opened the scoring for Caleb Porter’s team in the first half, and Lucas Zelarayan sealed the victory three minutes from time.

The Black and Gold have surpassed Cincinnati into sixth place in the Eastern Conference Standings as a consequence. The following test will come from a side that has only achieved success once in the past nine matches dating back to 2018.

The Sunday’s hosts have the joint second-best defensive record thus far, and they will be looking to build on that, having kept clean sheets in three of their previous five home games. The New England Revolution lost their second game in a row as Philadelphia Union defeated them 2-1 at Subaru Park on Sunday.

Gustavo Bou gave Bruce Arena’s team the lead shortly before the hour mark, but late goals from Mikael Uhre and Daniel Gazdag turned the game around. The Revs are now in 10th place in the Eastern Conference standings, two points out of the final playoff slot, with just two points collected from the last 12 available.

With only four road victories since the beginning of the year, the visitors on Sunday must tighten up their defense after having the most porous unit away from home this season.

We are picking Columbus Crew to win, albeit by a slim margin, because they have recently had the better of this match and also have the benefit of playing on their own turf.