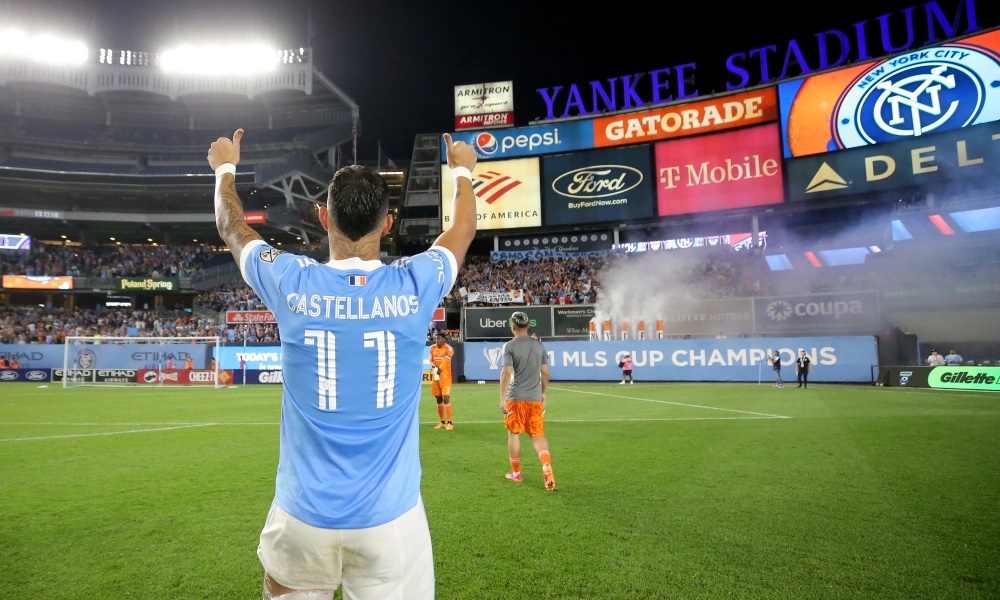 When the two teams square off this weekend at Saputo Stadium, CF Montreal will have the potential to decrease the distance between themselves and New York City FC in the Major League Soccer Eastern Conference standings.

After 21 games, the Canadians are fourth in the standings, six points adrift of the defending MLS Cup champions in second place.

Last Saturday at DC United, Wilfried Nancy’s team got off to the best possible start, scoring in the first minute, extending their lead by halftime, and holding on to win 2-1.

At a crucial point in the season, the team’s star players are beginning to emerge, and overall health is improving. Montreal is only one point behind the New York Red Bulls for third place.

Montreal is currently five points ahead of Orlando City in fifth place and nine points over the playoff line, placing them in a considerably better position than they were a year ago.

Currently, Nancy leads the league in predicted goals allowed but has allowed the fourth-most goals in the East, thus they must find defensive answers (36)

Montreal has a lot of talent in the attack and is taking advantage of the opportunities that are being presented to them, so if they can resolve those problems in the upcoming weeks, they could be a team to keep an eye on.

They had won two of their last three games played at Saputo Stadium coming into this match, and earlier this month, they finally recorded their first home clean sheet by blanking their bitter rivals Toronto 1-0.

Having gone undefeated in their previous six MLS games and conceding no goals in their last three games, the defending champions currently appear just as eager to win their title. New York has 41 points after 21 games, the highest ever for a defending MLS champion at this time of a season, dispelling any concerns that this team may suffer a letdown after their cup-winning season.

With the recent departure of their top scorer Valentin Castellanos, who is now on loan at Girona in La Liga, they will need more players to contribute offensively if they want to repeat as champions. Their 2-0 victory over Inter Miami was another indication of the depth this team possesses across the board.

Fortunately for interim coach Nick Cushing, NYCFC has nine shutout victories in 2022, suggesting that this club does not require many goals to win games.

There is no doubt that Castellanos’ absence will be felt, but statistics would indicate that this squad is not centered around a single player, as nine different players have scored goals for them this year, and they are the league leaders in predicted goals with 44.2.

New York is one of the main candidates for the championship once more because they have a lot of opportunity makers and scorers and do a great job of closing those gaps in their third of the field.

No Castellanos shouldn’t make the Montreal backline feel much better about themselves based only on name recognition and reputation, but NYCFC has excellent players who can win games all over the field.

Montreal’s defensive problems still exist, and we anticipate that the talent of the defending champions will be sufficient to give them another three points.