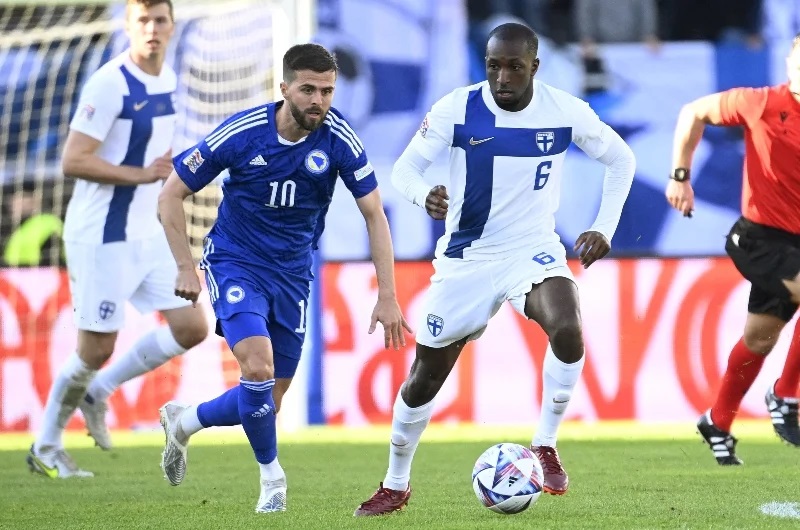 When Finland visits Zenica for a UEFA Nations League match on Tuesday, Bosnia-Herzegovina will look to keep their lead in League B Group 3 of the competition.

Ivaylo Petev’s side had to settle for a draw against Montenegro over the weekend, while the visitors’ trip to Romania ended in a 1-0 defeat.

Bosnia-Herzegovina Vs Finland Tips and Prediction

Bosnia and Herzegovina were relegated from League A in the Nations League last season after failing to earn a single point, but Petev’s team is making a strong case for a return to the top flight after an unblemished start to life in the second tier.

Bosnia took the lead just before the hour mark through substitute Luka Menalo, but Adam Marusic restored parity for Montenegro, preventing Petev’s side from extending their lead at the summit.

After failing miserably to force their way into Qatar contention, Bosnia has no World Cup to consider, but Petev has already overseen a four-game unbeaten run in all competitions, even if only four of their past 26 games have ended in triumph.Meanwhile Finland has had a mixed start to the 2022-23 Nations League, but any chances of going undefeated for the third time in a row were crushed on their recent trip to Romania.

Although George Puscas missed an early penalty kick opportunity to put Romania up, he made no mistake in setting up Nicusor Bancu for the game’s lone goal, and a rather powerful Finland side had no answer in Bucharest.

Finland is now in second place in League B Group 3 after winning one, drawing one, and losing one, but the early results are likely irrelevant in a section as competitive as theirs.

Markku Kanerva’s team came so close to upsetting Bosnia on home soil earlier this month when Smail Prevljak saved a point in the 93rd minute of the match, but their first-ever qualification for the European Championships did not translate into an inaugural World Cup berth.Low-scoring games have been the norm in this group so far, and we expect another one with two teams that were barely separated in their last encounter and aren’t exactly the most fearsome on the offensive front.

In his defensively minded formation, Kanerva has plenty of options to cover for O’Shaughnessy, and this game may go an entire 90 minutes without the net rippling.