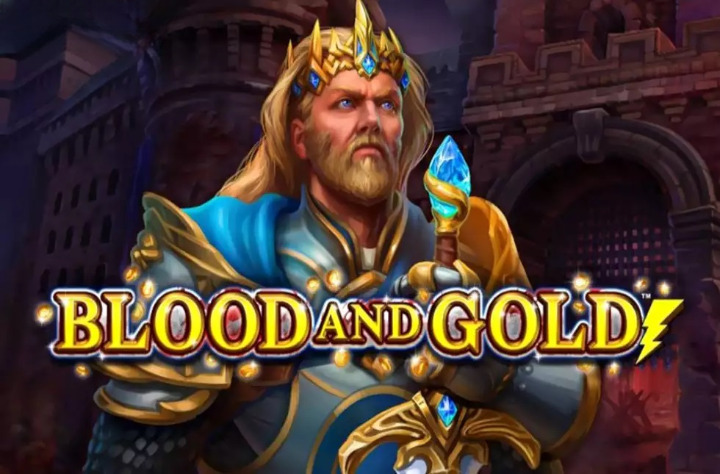 A new slot machine is called Blood and Gold. The company that publishes this game is Light & Wonder (a rebranded version of Scientific Games), although Lightning Box appears to be the source of the design. They went with a medieval style for it, but they made sure to include some valuables in the narrative as well. To go along with that intriguing theme, you can rely on the slot having a ton of engaging features and top-notch graphics.

There are 25 paylines in this game as well as the customary 5×3 reels. Blood and Gold offers potential payouts of more than 4,000 times the initial investment, and its odds are respectable based on its 96.03% RTP. Inside wilds, Scatter Shields, and Battle Rounds are to be expected.

Because combos of five wild symbols can pay out up to 5,000 coins on each line, the total amount that can be won from the full gaming area is up to 125,000 coins (4,166x the stake). Although it’s not the largest award available, the slot does okay for itself, as evidenced by its 96.03% RTP.

Features of Blood and Gold Slot

The wild symbol is the one with its own logo in gold on a blue backdrop. It can also replace other normal symbols to help build winning combinations. It is the highest paying symbol. Shield Scatters are not replaced, but all other symbols benefit from it.

The Scatter Shield is a key feature icon that you will see. It lands all everywhere, but it only serves a purpose when it appears 6 to 15 times. Each shield has a prize attached, which might be anywhere from 30 and 10,000 coins. After receiving your award, you choose a kingdom to represent you before the Battle Rounds begins. This situation pits Blue against Red.

In these Battles, you start with 3 lives and lose one after each Battle that you lose. You can earn the rewards that are now displayed on the screen by winning battles. Additionally, special Heart symbols along the road will provide you extra lives.

The heroes are the troops from the two kingdoms, Blue and Red, and it has a medieval feel (not a lot of imagination there). The Blue King and the Red Queen are represented by symbols, along with trebuchets, war horns, and five low-value Royals (10-A).

In some ways, the Blood and Gold slot is a special proposition, and it can succeed precisely because of that. It mainly focuses on its features, which should be intriguing at least in comparison to the majority of other slots being released at the moment. Blood and Gold slot may be a nice choice overall for a player seeking a retro-style aesthetic and low volatility, but there are many other possibilities of that kind that provide higher RTP percentages.