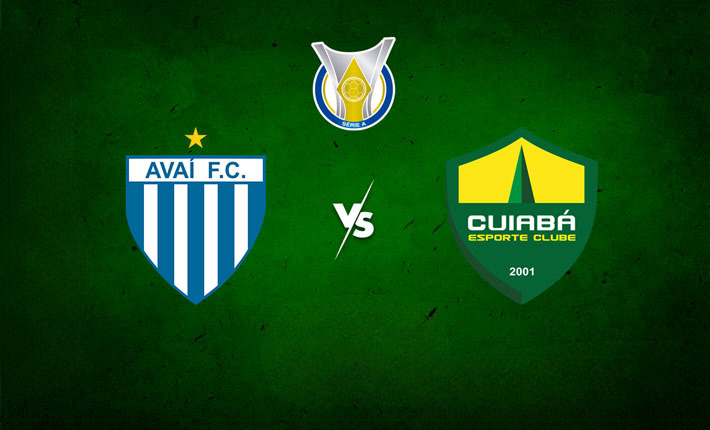 On Sunday at Estadio Ressacada, Cuiaba will take on mid-table Avai in an effort to climb out of the Campeonato Brasileiro relegation zone.

The Auriverde, who are five points behind their opponents in the Serie A rankings, have won just two of their past four games, while their opponents’ most recent match saw them hold league-leading Palmeiras to a draw.

Avai vs Cuiaba Tips and Prediction

Cuiaba are still stuck in the Brasileiro’s relegation zone after losing their most recent match against fellow strugglers Goias last week. They have also had a concerning stretch of goalless matches.

The Mato Grasso team has failed to score in more than 300 minutes of play since their 1-0 loss at Estadio da Serrinha, yet they have only won three league games this season.

Following a 15th-place finish in 2021, Dourado has only scored nine goals in total from their first 14 games of the current campaign, suggesting that another fight against relegation is likely this year.

Antonio Oliveira, a former coach of Benfica B, has already had his team exit the Copa Sudamericana at the group stage and the Copa do Brasil early, so pressure is beginning to mount on his shoulders.

Cuiaba’s most recent defeat was not only a severe blow to their spirits, but it was also their fifth straight loss on the road in Serie A, which is not promising for this weekend’s trip to Ressacada.

After taking a point away from league-leading Palmeiras on Saturday, the home team will be in good spirits as they await their struggling opponents.

This season, Eduardo Barroca’s promoted team has adjusted to life in the Brazilian top division brilliantly. Two recent highlights are a thrilling 3-2 triumph against Fortaleza and a 1-0 win away at Botafogo.

The team has won four of its seven home games so far in their first Serie A campaign since 2019, and they will undoubtedly fancy their chances of earning all three points on Sunday.

Cuiaba’s drought cannot go forever, as their opponents have one of the poorest defensive records in the division this year. All we see is a draw