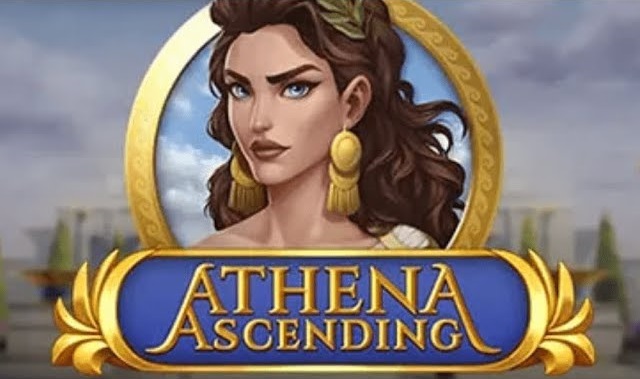 If you’re into history, you’ve heard about Athena, the goddess of war, wisdom, and craft. The developer of this slot, Play’n GO, used this as an inspiration to develop the Athena Ascending. It’s a replica of the Rise of Athena because they share a name, looks, gameplay, and atmosphere. The only difference between the two is the volatility and potential reward quotient, which makes the features pay better.

Additionally, the scenery and setting have also changed. The settings of Athena Ascending are more down to earth, unlike in the other slot, which had clouds and a temple. But a transparent game grid shows a temple-like background with smoky braziers, shrubs, and a hazy cloud-filled sky. This slot can also make players think they are on top of the Acropolis on their way to Parthenon, a temple for Athena. The soundtrack of this slot is a dramatic vocal which creates an airy feel.

Athena Ascending is a highly volatile slot with a 7 out of 10 rating. It has an RTP of 96.2%, but this can reduce depending on the market. The grid of this slot has five reels and three rows with 20 paylines. A player can play the Athena Ascending on any device after placing a bet of 5 p/c to 100 euros per spin.

The slot also has regular pay symbols. The low pays are the 10-A card royals with an SPQR design worth 1x the bet. The high-pay symbols are an urn, a scroll, an Athena, a helmet, and a  Pegasus worth 2 to 50x the bet for a three or five-of-a-kind.

The features of Athena Ascending are simple and easy to master. The features revolve around wild multipliers, free spins with semi-sticky wilds, and a residual respin element.

Below is an explanation of each feature.

The Athena Ascending slot has to scatter symbols represented with an owl. When a player lands 3,4 or 5 owl scatters, they earn five free spins and a payout worth 1x, 20x, or 500x the bet, respectively. During the free spins, round the wild sticks on the reel until their multipliers reach x4.

It attains this after the sticky wilds increase their multiplier value by +1 on every free spin. After it reaches x4, the wild symbols are removed from the grid to the next spin. But if the free spin round ends while the sticky wilds are in view, a player earns respins until all the wilds disappear from the grid. Note that scatter symbols are unavailable during free spins, so they can’t be retriggered.

The Athena Ascending slot is a unique slot any player should purpose to play. It has notable differences from the Rise of Athens, which should convince anyone to try their luck on the grid. Its graphical representation is good, and the soundtrack keeps players in the right gaming mood. Additionally, the slot’s visuals bring out the perfect ancient Greek feeling.

What’s unique about this slot is its high volatility which has a 7 out of 10 rating, which is unlike the other competitor slots. Additionally, the high maximum win of 10,000x the bet will help players earn more as its doubles the previous slots. The free spins with multipliers which doubles their value between the spins, are also a reason to play this slot.

Furthermore, the respin feature is active only at the end of free spins when wilds appear on the grid in the final round. This helps prolong the bonus round, enabling a player to earn additional wins. All these changes show that the developer of this slot was not out for jokes but trying to give players a unique feel of the slot despite it being a clone of the previous slots.

Comparing this slot to the Rise of Athens shows that the developer has done a lot of work to bring players to the table. It’s a high-standard game that should attract players looking forward to earning more from Athena-themed slots. It proves that Play’n GO was out to show their creativity and power to design different slots.