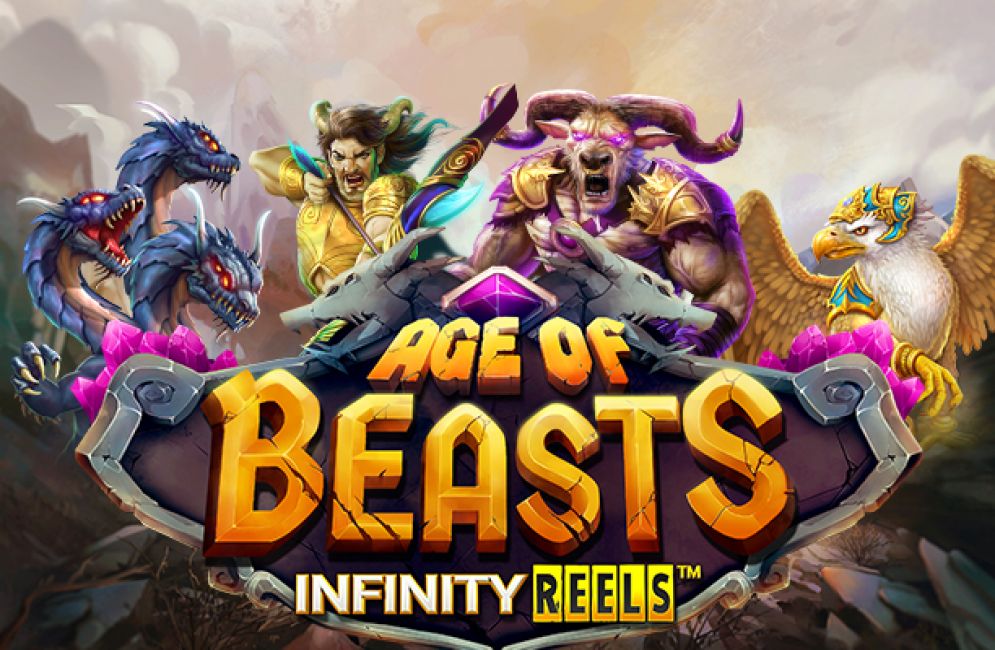 Age of Beasts: Infinity Reels is the latest slot machine to use this engine, and it’s the result of a collaboration between ReelPlay and Yggdrasil Gaming. The monsters featured on the reels range from the Gryphon to Cerberus, and the mythology of Ancient Greece is on full display.

Age of Beasts: Infinity Reels will include a system that allows you to have a limitless number of lines and reels (you start with three) as long as the winning symbols keep flowing. The slot’s potential isn’t quite as high as one might assume, with payouts of up to 3,953 times the wager. It’s highly volatile, with an RTP of 95.57 percent, which is lower than I’d prefer. The Bonus Wheel and free spins, as well as multipliers, are among the game’s key features.

To get the reels spinning, a minimal bet of $0.25 will suffice. You can spend up to $50 on each spin if you want to win a bigger prize.

There is a cap on the typical returns that may be made with this game, which is set at $197,650. That’s the equivalent of a 3,953x stake return, which seems low on a slot machine with a high volatility rating. The hit rate of 29.94 percent is also not great, thus many people find it to be a harsh experience. Even though the RTP is somewhat low (95.57%), we would expect more from it.

Age of Beasts featured the Infinity Reels technology, but this isn’t the first time we’ve seen it in action. You’ll start with three reels to spin, and you’ll need to build winning combos on them to increase the gaming area.

A new reel will be added to the right, and the expansion will continue if other winning symbols appear on it. There’s a reason these are called Infinity Reels: there’s no limit to how many winning symbols you may collect.

Chest symbols can also be used to build winning combinations, which can lead to the Wheel bonus. At this point, you’re assured 8 free spins, but there’s another extra feature that comes before. It’s a Wheel that rotates and awards you rewards, as well as a higher multiplier or more free spins. This Wheel has numerous levels that can be reached in order to win higher prizes (up to 1,000x the stake paid from the Grand Jackpot).

Through the Wheel, you can win up to 8 free games. If more Chest symbols appear, you’ll get an extra four rounds. There will also be a multiplier, which will increase each time you add another reel to the gaming area.

For Age of Beasts: Infinity Reels, they went for a fantasy-inspired aesthetic. The design is contemporary, intricate, and pleasing to the eye. Even if the low-paying symbols are a variety of elixir bottles in various colors, it’s still preferable to seeing Royals or card suits, which are both popular in other online slots. There are two diamonds, as well as top symbols with the Griffin, Hydra, Centaur, and Minotaur, in addition to the potion bottles.

Age of Beasts: Infinity Reels looks fantastic, and it should appeal to anyone who enjoys the Age of Beasts engine. It’s not a perfect game because the potential isn’t very high and the RTP is below average.